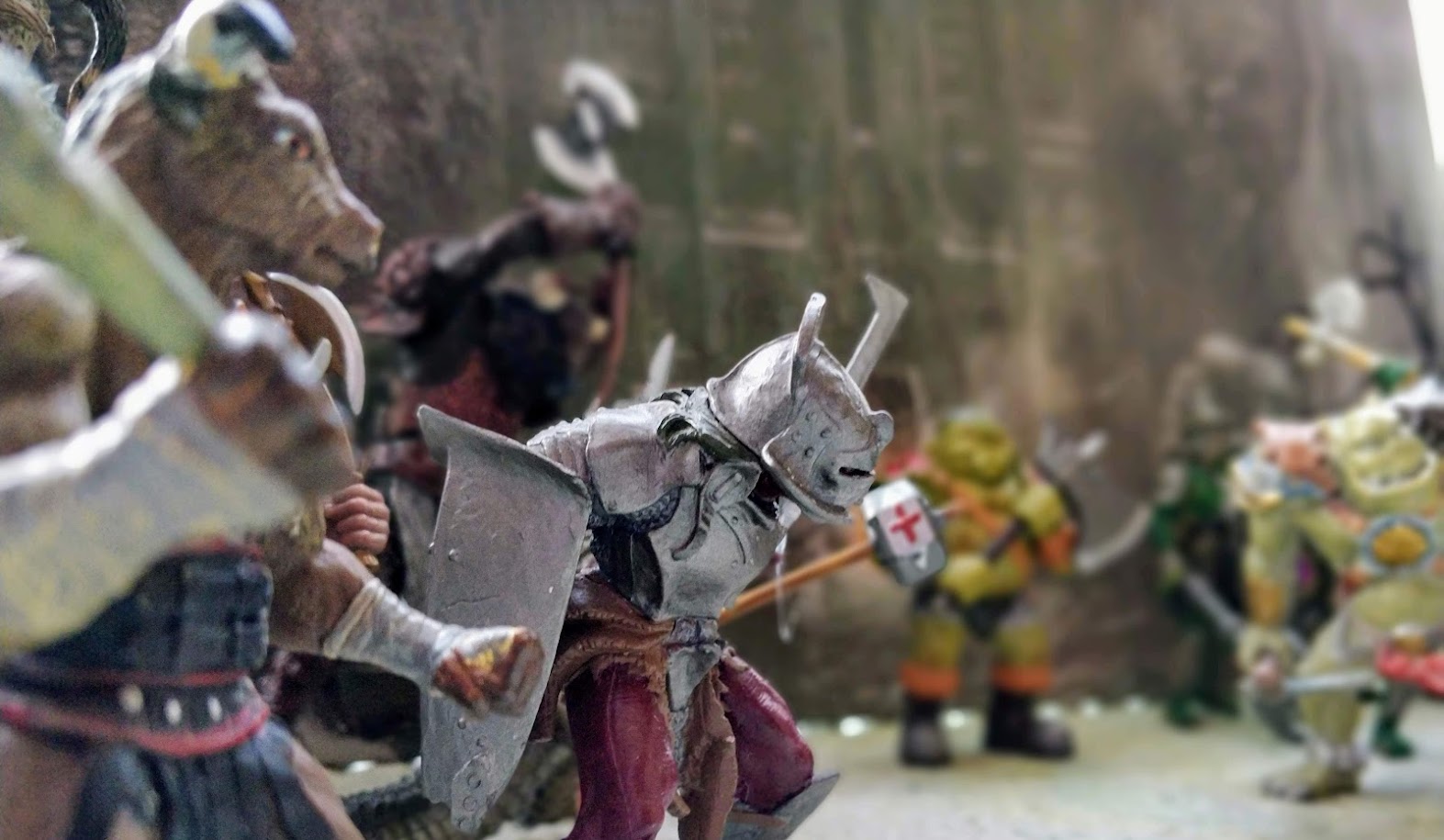 Warlogic, an open source strategy war game. It is not dependent on any vendor, vendor-specific codex or figures. You can create your own army with whatever material you have. It can be played with figures of any scale, on table tops, in rooms, or gardens. It is fully dependent on an easy mathematical model that enables players to create any characters and skills they want. The game is played using figures, dice, measuring tapes, and an army sheet. The objective of the game can be complete enemy annihilation, capture and hold a critical position, protect a cargo, or anything the players agree to. The Five steps you need to play Warlogic are:

1- Strategy step: Concerned with building your army and agreeing on general rules and exceptions. Mostly executed once before each game by each player or team, but some strategy actions like reinforcement, and morale will be played at the very beginning of each turn. Some specific strategic acts can be played at any time. At the beginning of each turn you might have some extra credit to spend. This would be the time to reinforce your army with new units. Army sheets hold all the army information. The output of the initial strategy phase is an army sheet which is a paper or online database of all the army units.

2- Control step ^: Concerned with using one commanding unit to order other units to move and attack if needed. Executed once at the beginning of each turn by the attacker(s). Uses a meter and the army sheet to identify the number of units that are within communication Range @, and can be controlled !. Also, the chain of command *. The ultimate objective of commanding multiple units is to pincer the enemy.

3- Movement step > Concerned with Moving ordered units or a single unit. Executed once at each turn after the Control ^ step by the attacker(s). It uses a meter and the army sheet to identify the speed of each unit @, hand its maneuverability whether it is height/elevation !, or depth *.

4- Offense step } This is when the attack payloads are delivered by the ordered the executing unit(s) against single or multiple units. Executed once at each role after the Movement > step. Uses a meter, 10 faced dice D10 and the army sheet to identify the range @, impact or damage !, and explosion circumference * of weapon(s) used in the attack.

5- Defense step [ Concerned with (only) the attacked units reacting to the attack. The defenders can use the same rules that apply to the offense step to return the attack. They might choose to retreat using the movement rules. They might also choose to treat their wounds. Executed once at each role after the offense. Only the defender’s attacked units can perform it. Uses a meter and the army sheet to identify the Range @, Impact !, and circumference * of the medic or repair kit(s) used in repair and wound treatm